Jinja: Students Without Borders Uganda an NGO based in Uganda launched a campaign dubbed the “One Million Fruit Tree Planting Campaign” in Jinja where it donated and planted fruit trees two schools both Jinja S.S and Mainstreet P/S.

Rotary E-Club Desperanto Brasil championed and kickstarted the campaign with 1,500 fruit tree seedlings which have enabled Students Without Boundaries to push this noble cause which will restore the fruit trees that were nearing extinction from communities

The campaign will be promoted and spread through the different regions of Uganda starting with Busoga sub-region, ranked the poorest region in the country according to the 2019/2020 report released by Uganda Bureau of Statistics (UBOS) in June 2021. This campaign aims at planting #1MillionFruitTrees in a period of 5 years in different schools

More than 5 million students and community members will have access to supplementing supply of a highly Nutritious Fruit Meal when they are faced with lack of food challenges. The campaign was launched in May 2022 and will run for 5 years.

SWB fosters joint action of schools, their pupils/students and communities through fruit tree planting, climate awareness and community engagement to address the important and largely unfulfilled role that schools and students should play in responding to #Climate Change, nutrition and Food Security in Ugandan schools.

Fruit trees provide sustainable nutrition, income to families in poverty, & help clean the air, water, & soil. If planted in both the needy schools and communities, we will be contributing towards a more sustainable free nutritious food snacks to the school children.

The Campaign has been formed to contribute to Uganda’s response to climate change, and intends to support the national priorities on climate change. The campaign derives its agenda from the country’s ambitions in climate change response, and the country’s policy frameworks that include the Uganda Vision 2040, the Second National Development Plan (NDP II) (2015/2016 – 2019/2020); the National Climate Change Policy (2015) and Costed Implementation Strategy, the Green Growth Development Strategy (2015- 2030) and implementation plan, the Climate Change Bill (in development) and the higher education act.

The campaign has been conceived with the aim of developing a school and students-based model for a collaborative climate change agenda that will enable the sharing of ideas, data, tools, models and practices by government, development partners, schools and other climate actors.

The campaign is also set to Provide a platform for schools and students to engage in climate change actions and enrich their practice and experiences in a manner that brings the world of climate change practice to them early enough.

It will further Improve the quality, timeliness and volume of research that fills the knowledge gaps and directs research to national priorities and ambitions and enhance access of climate action through planting fruit trees in schools and communities.

This noble campaign will also provide a link between policy and practice at the community level and develop a multi-sectoral community of practice for climate change response in Uganda.

However, to attain this big campaign, Students Without Borders calls upon all potential strategic partners to work with and achieve this great opportunity of improving livelihoods and mother nature. 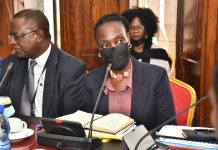 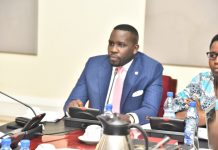 Fine Of Shs4million Or Jail Sentence For Those Against Vaccination In...

I Wish You Lived Much Longer and Witness a New Uganda-...