Two top Uganda airlines bosses have been handed over to police to record statements after the two contradicted themselves in the ongoing investigations into the operations of the national carier by the COSSASE led by NUP’s Joel Ssenyonyi.

The two include the Airlines CEO Bamuturaki and the former CEO Ephraim Bagenda over conflict of interest and inconsistences in their statements regarding the new revamped airline.

Uganda Airlines CEO Bamuturaki and former CEO Ephraim Bagenda handed to Parliament police to record Statements over matters of conflict of interest and inconsistencies in their statements. pic.twitter.com/SsZWgyPFWk

Three days ago it as revealed that the airline CEO takes home a hooping UGX87 million and other top bosses also take home between 60-75millions. During the interface with the Joel Ssenyonyi Commission, Jenipher Bamuturaki also revealed that she never applied for the job, indicating that she was on her table writing the application letter and was instead called to go pick the appointment letter without applying and doing interviews.

Yesterday the committee was also shocked when it learnt that the airlines boss didn’t have the required qualifications for the job which was advertised. She has a Degree in Social Work and Social Administration commonly known as SWASA and she’s now upgrading to a post graduate diploma in public administration to match the qualifications.

As if that’s not enough, the committee yesterday told all airline bosses to present their academic papers. However, the airlines boss in question Jenifer Bamuturaki shocked legislators when she revealed that she her UCE pass slip got lost and she has also never been able to get her academic transcript from Makerere University 28 years later after graduation in 1994.

Uganda Airlines CEO Jenifer Bamuturaki shocks the committee again when she says eversince she graduated in 1994 from Makerere with a degree in SWASWA but has since never got her academic transcript 28 years later. She also said she lost her UCE result slip and doesn't have it. pic.twitter.com/z1wvXBt4IC

If you have a story in your community or an opinion article, let’s publish it. Send us an email via editorial@accordconsults.com or WhatsApp (Not Call) +254797048150 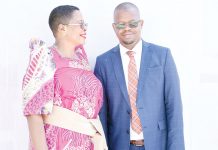 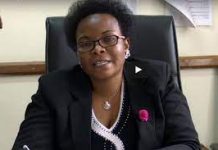 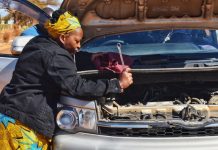 Minister Kasolo: Just Like Vaccination, Ugandans Will Explain Why They Continue...