It all started when Democratic Party president Norbert Mao hit at Bobi Wine’s National Unity Platform whose supporters protested at the hospital in the US where Speaker Jacob Oulanyah was airlifted to find specialized medical attention following his critical health situation.

Speaker Jacob Oulanyah was airlifted to Washington aboard a chartered Uganda Airline’s Airbus at a whooping Shs1.7billion early this month. His sickness however didn’t stop Ugandans to question the amount of Money used to evacuate the speaker and the way it was done being that a whole 250 seater airbus only carried Speaker Jacob Oulanyah and few of his caretakers to the US.

However, the attacks towards NUP seem not ending anytime soon as Norbert Mao has deviated from the original cause of his outburst (Oulanyah sickness) to settling scores since NUP caused a mass exodus of esteemed DP members who made it parliament after ditching Mao’s party.

Now a new entrant in the names of Prof Venansious Baryamureeba former presidential candidate in 2016 has Mao is shooting direct attacks to Bobi Wine and his National Unity platform and this has left twitter streets in stitches as one user going by the names of Isaac N Mpanga described them as “Wife Grabbers ganging up against NUP’.

The way wife grabbers are having a go at Nup this weekend!. My god, …. i wonder ! https://t.co/xgfCkpWwMA

Norbert Mao who officially divorced his wife Naomi Acheng Odong on 31st May 2019 was in the days preceding to the 2021 General elections accused of snatching Beatrice Kayanja from her husband a UK based Ugandan business man Martin Kayanja.

While on the other hand Prof Baryamureeba was sighted to be behind the marriage troubles of former Kampala woman MP Nabillah Nagayi Sempala by husband early last year when the former reportedly lent the later over Shs800 million on behalf of his friend Nabillah whom he was secretly seeing and the pair attempted to throw the husband out of the house in a marital chaos that went viral.

We can’t tell where this verbal artillery of Mao and Baryamureba will end but we are sure, a lot is unfolding and we shall bring them to you as they unfold

Apart from Buganda region, where @NUP_Ug is a regional party in the rest of the country its in towns. So city or town dwellers are easy to mobilise. This is because most of them are idle. https://t.co/T78OUvUGXM

In Uganda’s political banquet hall, NUP and NRM are at the high table. The mock fight is orchestrated by the Shadow State that had to prop up a scare crow to distract Ugandans from the real struggle. Soon the masqueraders will come face to face with the people hungry for change.

THE MAKING OF A KIWANI POLITICAL PROJECT: Long background read loading in 30 minutes. It is from another media house. It was published months ago but Ugandans still had political cataracts blurring their vision. It is SHADOW STATE vs NRM! End Shadow State. End abuse of power. 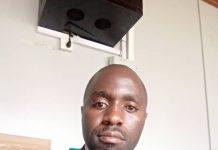 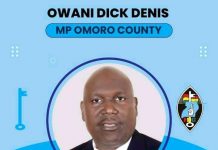