President Yoweri Kaguta Museveni is expected to address the nation tonight in his 16th Covid-19 address across all TV stations and Radio stations in the country since the country registered her first covid-19 case on march 21st where a lock down was imposed.

As a way of containing the spread of covid-19, government put in place alot of restrictions which included a ban on public transport, bodabodaz, private cars, public gatherings, churches, mosques, schools, universities, open markets among other restrictions which has been eased overtime.

However,despite easing the lockdown, a lot remains at stake for Museveni to address in toight’s speech and Ultimate News considers these as immediate.

The president should consider addressing the fate of the 15 million school going Ugandans who were sent home even before the first case was reported. Despite the online classes, radio and TV lessons, many experts say if schools don’t open this month, they should remain closed until next year since many institutions can not handle afford putting in place the SoPs set by the ministry of health.

In his last address, Museveni opened public transport in some boarder districts and others remained banned, President should consider easing public transport and also allow Boda bodas to start operating atleast with one passenger since the virus is not going away anytime soon.

Following Speaker Kadagas request to government, all businesses that have remained closed should be allowed to operate like arcades, saloons, bars, churches, mosques, open markets among others. According to Kadaga, Ugandans should only be taught how to leave with the virus as the go about their businesses normally.

The president’s speech comes at the backdrop of Electoral commission grappling on holding virtual campaigns which has raised mixed reactions from the public domain as top government officials continue defying the ministry of health guidelines by holding public rallies yet opposition politicians are always engaged in running battles with police incase they so.

As a matter of fact, businesses are running normally, therefore there’s no big reason to continue maintaining the lockdown with the cases reported going down and recoveries increasing every other day but atleast curfew should be maintained but extended to atleast 9pm.

I will address the nation on the #COVID19 pandemic situation in the country and related issues. Time is 8pm, live on all TV and radio stations. pic.twitter.com/XGK7zJ5yqG 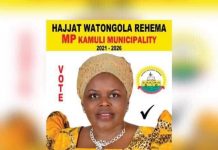 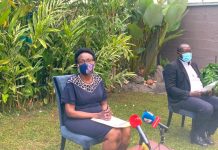 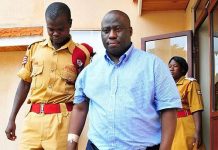 We are your trusted news source that is not limited by a boundary or race. We here to serve you.