Jose Mourinho has today afternoon been announced as the new head coach for Tottenham Hot spurs who parted ways with their coach Mouricio Pochetino last night.

Tottenham have heard a miserable run since the 2019-20 premier league season started despite facing Liverpool in last season’s champion’s league finals. We had earlier reported that Jose Mourinho was a possible replacement for Pochetinho despite controversial debates by football pundits over his style of management.

Mourinho has been out of coaching after he was shown exit at Old Trafford in December 2018 on grounds of poor tactics that had dipped Manchester United to a losing splea. After scooping the deal, this is what Jose Mourinho had to say “I am excited to e joinin a Club with such a great heritage and such passionate supporters,”. The quality in both the squad and the academy excites me. Working with these players is what has attracted me”-added Mourinho

Chairman of Tottenham Daniel Levy Said “In Jose we have one of the most successful managers in football. He has a wealth of experience, can inspire teams and is a great tactician. He has won honours at every club he has coached. We believe he will bring energy and belief to the dressing room”

Spurs have announced the appointment of Jose Mourinho as manager. 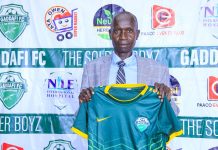 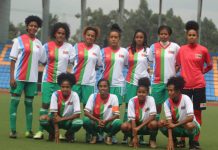 JUST IN: U-20 Eritrean Female Footballers Disappear in Jinja