Yesterday evening was a wash of news that the former Minister of Education and Sports and former Mpigi Woman Member of parliament Geraldine Namirembe Bitamazire has passed on.

Bitamazire is the current Chancellor for Uganda Management Institute(UMI) at the age of 78 years having been born in 1941. However her family members and UMI where she’s a top administrator have confirmed she’s not dead and not even sick.

Close family members have also described the death announcement as false and inaccurate. To prove to the world that the former minister is in sound state, the Bitamazire family released a photo of her and the grand children having good time. 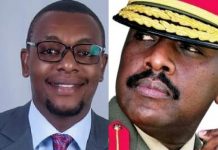 Besides The Torture, Muhoozi Critic Kakwenza Given Another Huge Punishment

SHOCKING: Mixed Reactions as Bobi Wine Reveals the Regime Is Doing This In His Name. 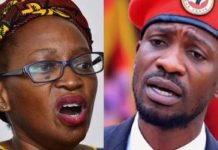