For close to seven months now, Rwanda’s boarder with Uganda has been shut due to a rift between the two countries. Kagame’s government accuses Uganda for supporting Rwandan dissidents to destabilize Rwanda.

In other accusations tabled by Rwanda is the illegal detention of Rwandans arrested in Uganda while Uganda President Museveni in a letter to his counterpart in Rwanda denied supporting Rwandan dissidents and also confirmed that those in detention were arrested in criminality.

This has left many Rwandans vulnerable especially those who used to buy food and other items from Uganda and Uganda has also lost billions of shillings during this blockade of Uganda’s products on the Rwandan market.

Early last Month, during the quadripartite summit in Luanda Angola, Rwanda’s Paul Kagame and Uganda’s Museveni signed a memorandum of understanding that was dubbed a Peace deal aimed at bringing the diplomatic tiff to an end.

Amongst the terms and conditioned put on Uganda was the release of all Rwandans illegally detained in Uganda. During the signing of the peace deal in Angola, another war broke out between Uganda’s communication commission and that of Rwanda and this saw Rwandan news websites blocked from Uganda and Rwanda retaliated with the same reply of blocking Uganda’s news websites and Rwandans were still warned against traveling to Uganda.

In some new promising developments as reported by Ugandan and Rwandan media is that Ugandan officials will be heading to Rwanda next week to mend the friendship and have all the issues at hand solved. The delegation headed by Foreign affairs minister Sam Kutesa is set to sweet talk Rwandan officials and have the borders opened to business as Usual.

It has been revealed that the Ugandan government has already deported 32 Rwandans in what authorities described as illegal entry and illegal stay in Uganda.

According to Chimp reports, this is the first time since the friendship between the two countries went sour in 2017 that such a big number of Rwandans is being deported at once.

The acting Commissioner Legal and Inspection services, Marcelino Mwsigye, in a letter dated 12, 2019 informed the Commissioner in charge of Immigration about the deportation in respect of the 32 Rwandans. 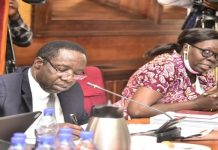 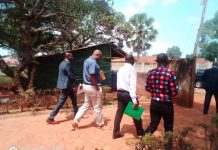 “I am The Most Popular General in Uganda and Africa At...