Home POLITICS NRM Stormed With Confusions Ahead of 2021

As the political atmosphere in Uganda gains momentum ahead of the 2021 general elections, many political actors have foreseen tensions in the race of presidency and other electoral positions. Unlike the previous elections, the NRM party has hit a snag of confusions stemming from the 2017 Age limit bill, the rebel Mps, in house fighting among others eating up the party to it’s cores.
However, the exodus of these confusions took new strides early this year from the party’s Central executive committee that sat at Chobe Safari louge and endorse president Museveni as sole candidate for the 2021 general elections.

This development also dominated the party’s caucus retreat for Members of Parliament which was convened in Kyankwanzi in March and all members of parliament were convinced to endorse the 73-year-old president to stand unopposed in the forthcoming general elections.

Unlike the previous sole candidature deal which was only opposed by the then party’s general secretary and Prime Minister John Patrick Amama Mbabazi, who was later thrown out of the party when he declared to stand against his boss, President Museveni sensed the confusions and launched a country wide political campaign aimed at strengthening his candidature in a guise of Operation Wealth Creation in different regions of the country.

Members at the Kyankwanzi retreat in march declared that the party was embarking on open voting system of lining up there by snubbing the secret ballot during the party primary elections. This didn’t leave many of the legislators contented with the move and it has since sparked secret divisions in the party.

Legislators subscribing to NRM in 2017 struck a deal with President Museveni to support his Age- limit bill tabled by Hon. Rapheal Magyezi to amend article 102 B which aimed at removing the age of a presidential candidate which was at 75 years. Many NRM Mps supported the move and extended their stay in parliament with two years in the bill. Inside sources with the party revealed that extending their stay was in exchange with supporting the age limit.

However, to their surprise and disappointment, the supreme court that sat in Mbale last year in trashed this move of extending the tenure to two years and gave a green light to the Age limit removal from the constitution. This left many NRM legislators in shock and disappointed and this has since then left many disgruntled with the way President Museveni has kept using them.

The same fate befell the late Member of Parliament for Arua Municipality Ibrahim abiriga who was gunned down after complaining about Mafias had denied him access to president Museveni since endorsing the Age limit, in the same way State Minister for Privatization Evelyn anite is also in the same den of lions complaining of how Mafias in Museveni’s government want to kill her. Two days ago Kasanda member of parliament who was a champion in the age limit bill Hon. Simeoo Nsubuga reportedly complained of how NRM has turned against him.

Over the past years, NRM has labeled a section of MPs who have divergent opinions as rebel MPs, these voted against lifting the age limit and have since been blocked from attending party meetings, retreats and many of these have joined Bobi wine’s people power pressure group. The legislators in question include Susan Amero, Silvia Akello, David Abala, John Baptist Nambeshe, James Acidri, Nsamba Oshabe among other agreed to join People power pressure group.

This has risen eye blows and information from the corridors of power indicate that the number of MPs intending to join Bobi wine’s camp is expected to go high as the party has become a house of confusions, mafiasm and it’s support has recently declined. 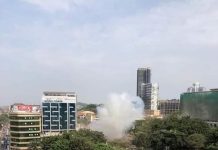 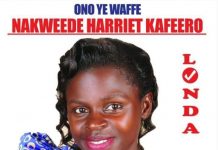